on Life Sciences and Global Ecology

In-person for speakers and virtual for the audience

Will Ludington, Carnegie Science: A complex symbiotic microbiome in the Drosophila gut 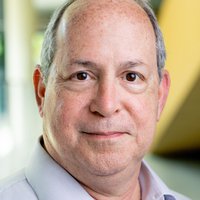 Elliot Meyerowitz has been on the faculty since 1980. In 2011 and 2012, while on leave from Caltech, he served as the Inaugural Director of the Sainsbury Laboratory at the University of Cambridge. The Meyerowitz laboratory studies the development of Arabidopsis thaliana. Current studies concentrate on the interrelated roles of mechanical and chemical signaling in plant morphogenesis, using genetics, genomics, and live imaging.  With collaborators they also develop computational models of plant growth and development, as tests of experimental hypotheses. 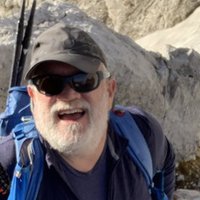 Dr. David Schimel is a Senior Research Scientist at NASA's Jet Propulsion Lab as and Technical Group Supervisor for Carbon and Ecosystems. His career has focused on the large-scale impacts of land management and climate change on ecosystem processes and on the role of the changing global carbon cycle in the climate system.   His expertise includes managing large, complex research projects, and the development of space as a vantage point for understanding the Earth. Dave served as CEO of NEON from 2006 to 2011, overseeing NEON's design and development phase to successful completion. He served as a Senior Scientist in NCAR's Climate and Global Dynamics Division for 20 years and as Founding Director of the Max-Planck-Institute for Biogeochemistry in Jena, Germany. Dave is one of the recipients of the Nobel Peace Prize for his work in 2007 on the Intergovernmental Panel on Climate Change report, and is a Fellow of the American Geophysical Union, the Ecological Society of America and the Ecology Institute of Germany.  He has authored more than 200 papers on biogeochemistry, climate impacts on ecosystems, and the global carbon cycle. He was Editor in Chief of Ecological Applications for the Ecological Society of America and is now an editor for AGU's new multidisciplinary journal, AGU Advances. Dave earned a BA from Hampshire College, Amherst, Massachusetts (1977), and a PhD from Colorado State University (1982).  He is the Chairman of the Board of Entelligent, a financial technology company providing market data on climate risk and decarbonization activity in the private sector. 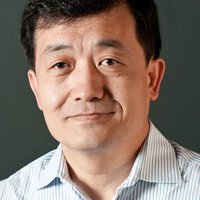 Dr. Zhi-Yong Wang obtained his Ph.D from UCLA (1998) and did postdoctoral research with Joanne Chory at the Salk Institute. His current research focuses on the cellular signaling and regulatory mechanisms underlying plant growth regulation by hormonal, nutritional, and environmental signals. His team mainly uses proteomics and genomic approaches to dissect protein-protein interaction, protein phosphorylation and O-glycosylation (O-GlcNAc and O-fucose) in Arabidopsis and Chlamydomonas. Dr. Wang is the acting director of Carnegie's Department of Plant Biology, an associate editor of Molecular Cellular Proteomics, a Fellow of the American Association for the Advancement of Science (AAAS) and recipient of the Humboldt Research Prize. 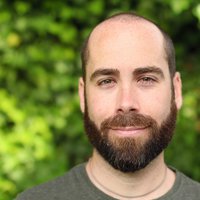 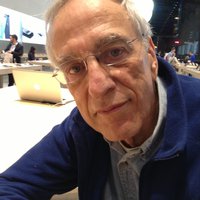 Evolutionary ecologist and geneticist Moises (Moi) Exposito-Alonso is a Staff Associate at the Carnegie Departments of Plant Biology and Global Ecology, and Assistant Professor (by courtesy) of Biology at Stanford University. Moi received a B.S. in biology from the University of Seville, Spain, working as an ecologist in the Doñana Biological Station (CSIC). After he earned his Ph.D. in plant genomics supervised by Detlef Weigel at the Max Planck Institute, Germany, he conducted a short postdoc in statistical evolutionary genetics at the University of California Berkeley. His group at Carnegie combines experimental ecology, computational genomics, and evolution-inspired gene editing to understand whether and how plants will evolve to keep pace with climate change.

Joe Berry's work is focused on photosynthesis and associated processes (exchange of gases, fluorescence, remote sensing, ecophysiology) at a hierarchy of scales from the chloroplasts to the planet. His goal is to distill this information into equations that can be used in models to represent these processes in the complex webs of interacting processes that comprise the Biosphere of planet Earth. The focus is on understanding and representing the fundamental mechanisms so that the models give the right behavior and also help us understand why. Dr. Berry had been a faculty member at the Carnegie Institution since 1972 and is a member by Courtesy of the Department of Biological Sciences at Stanford. He obtained his Ph.D. in 1970 at the University of British Columbia in Botany. He obtained a B.Sc. in Chemistry and a M.Sc. in Soil Science from the University of California at Davis. He is a Fellow of the American Geophysical Union and a member of the National Academy of Sciences.

Distinguished Professor of Biology; Director of the Beckman Institute, Caltech 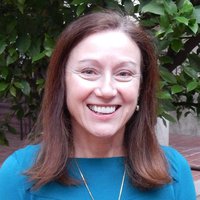 Marianne Bronner received her ScB in Biophysics from Brown University and PhD in Biophysics from Johns Hopkins University.  She assumed her first faculty position at the University of California, Irvine, before moving to Caltech in 1996.  Her research focuses on the neural crest, an important stem cell population that generates the peripheral nervous system, craniofacial skeleton and important components of the cardiovascular system. In particular, her lab has been systematically studying the gene regulatory network responsible for neural crest formation and evolutionary origin in the vertebrate lineage. She has published over 370 papers and has trained more than 50 graduate students and post-docs, many of whom now have their own labs all over the world. Her honors include the Women in Cell Biology Senior Award from the American Society for Cell Biology (2012), Conklin Medal from Society for Developmental Biology (2013), Harrison Medal from the International Society of Developmental Biologist (2021) and several teaching awards. She was elected to American Academy of Arts and Sciences in 2009 and the National Academy of Sciences in 2015.  Her editorial responsibilities include being Senior Editor for eLife, monitoring editor for Journal of Cell Biology and PLoS Biology, and Chief Editor, Biology, for Natural Sciences.  She was President of the Society for Developmental Biology in 2009, International Society for Differentiation in 2014, and is President-Elect of the International Society for Developmental Biologist. She has served on numerous boards (e.g. Sontag Foundation, Curci Foundation, Gordon Research Conferences Board, NIDCR Board of Scientific Counselors, International Society for Stem Cell Research).

PhD Harvard University. BA Colorado College. I'm often called by my nickname, Woody. My research generally falls in the discipline of Geobiology—combining techniques from field geology, analytical chemistry, and biology— to understand and explore the relationships between of life and Earth surface environments through diverse and fundamental transitions in Earth history like the evolution of photosynthesis and rise of atmospheric oxygen. 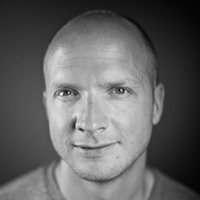 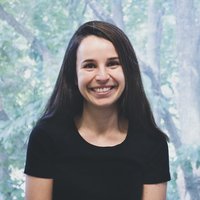 Christian Frankenberg's work focuses broadly on the global carbon cycle, with an emphasis on remote sensing and model-data integration. He is leading the development of the biophysical land surface model component within Caltech's CLiMA efforts and is actively involved in various satellite projects, such as OCO-2/3, GOSAT and TROPOMI.

Dr. Kostova has a BS from MIT, and a PhD in Biomedical Sciences from UCSF. Dr. Kostova's lab uses high throughput approaches, such as whole genome CRISPR screening, to identify and characterize the quality control factors that monitor the integrity of the ribosome, the complex molecular machine that synthesizes all proteins in the cell. Protein production is essential for life and mistake during protein synthesis have been linked to disorders, such as cancer and neurodegeneration. Therefore, Dr. Kostova's work addresses the knowledge gap of how perturbations in a basic molecular biology process, such as ribosome assembly, lead to complex human disease. 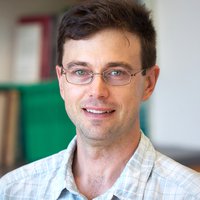 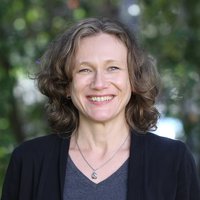 Will studies symbiosis in the Drosophila gut microbiome. His undergraduate training was in plant ecology and population genetics at Stanford University. His Ph.D. was in quantitative cell biology at UCSF under Wallace Marshall using computational microscopy, math models, microfluidics, and time series analysis. Will did postdoctoral work on aquifer contamination using shotgun metagenomics under Joe DeRisi (UCSF) and started his lab on a Bowes Faculty Fellowship in the MCB Department at UC Berkeley. He moved his lab to Carnegie in 2018, where he explores microbiome complexity.

Dr. Anna M. Michalak is the Director of the Department of Global Ecology of the Carnegie Institution for Science and Professor (By courtesy) in the Department of Earth System Science at Stanford University. Previously, she was the Frank and Brooke Transue Faculty Scholar and Associate Professor at the University of Michigan in Ann Arbor. She holds a Ph.D. and M.S. in Civil and Environmental Engineering from Stanford University, and a B.Sc.(Eng.) in Environmental Engineering from the University of Guelph, Canada. Her research quantifies the impacts of climate on the global carbon cycle and on inland and coastal water quality. She is the lead author of the U.S. Carbon Cycle Science Plan, Chair of the Scientific Advisory Board for the European Integrated Carbon Observation System, and Member of the National Academies Committee on Earth Sciences and Applications from Space. She is the recipient of the American Geophysical Union Simpson medal, the Presidential Early Career Award for Scientists and Engineers (nominated by NASA), the NSF CAREER award, and the Leopold Fellowship in environmental leadership. She is a fellow of the American Geophysical Union. 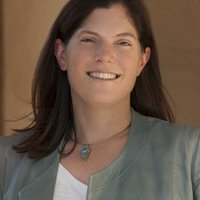 Victoria's multidisciplinary research program spans the interface between environmental microbiology, geochemistry, and geology. Through the integrated application of environmental 'omics approaches, stable isotope analysis, and imaging, her group is characterizing the interspecies interactions and ecological physiology of archaea, bacteria, and viruses linked to the cycling of methane, sulfur, nitrogen, and metals in ocean sediments and extreme environments.

Parker's research is aimed at understanding how evolution shapes biological interactions between species. His lab uses rove beetles—a global clade of 64,000 species that have radiated massively in contemporary social insect-dominated ecosystems, in many cases forging complex behavioral symbioses inside host insect colonies. Parker exploits the convergent origins of these relationships to identify key molecular and cellular evolutionary processes that modify how animals perceive and communicate with other living organisms. His laboratory's work is highly integrative, combining genomics with chemical ecology and behavioral neuroscience to explore all facets of rove beetle interactions and their evolutionary origins. 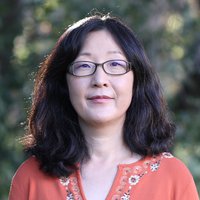 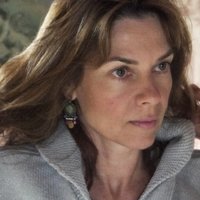 Seung Yon (Sue) Rhee's group strives to uncover molecular mechanisms underlying adaptive traits in the face of heat, drought, nutrient limitation, and pests. Dr. Rhee's group studies a variety of plants including models, crops, medicinal and desert plants. Her group employs computational modeling and targeted laboratory testing to study mechanisms of adaptation, functions of novel genes, organization and function of metabolic networks, and chemical and neuronal code of plant-animal interactions. Her group is also interested in developing translational research programs involving biomass maximization under drought in bioenergy crops. More recently, Dr. Rhee has spearheaded a grassroots community building effort called the Plant Cell Atlas initiative, which strives to map all the molecular determinants of plant cells in order to understand and engineer them. Dr. Rhee received her B.A. in biology from Swarthmore College in 1992 and a Ph.D. in biology from Stanford University in 1997. She has been an investigator at Carnegie's Plant Biology Department since 1999. Dr. Rhee's work is done on Stanford University campus, located on the ancestral land of the Muwekma Ohlone Tribe, which was and continues to be of great importance to the Ohlone people.

Magda Zernicka-Goetz is Bren Professor of Biology and Biological Engineering at Caltech and Professor of Mammalian Development and Stem Cells at the University of Cambridge. She discovered how mouse and human embryos self-organise and self-repair and applied this knowledge to create complete stem cell-derived embryos from embryonic and extra-embryonic stem cells, providing critical insights into developmental stages at which the majority of human pregnancies fail. In her work, she is fascinated by cell plasticity and cell fate specification. Outside work, she loves to paint and play with her children. Her scientific biography, The Dance of Life (Penguin Random House) describes her scientific journey as a woman and an immigrant and pays a tribute to women in science.